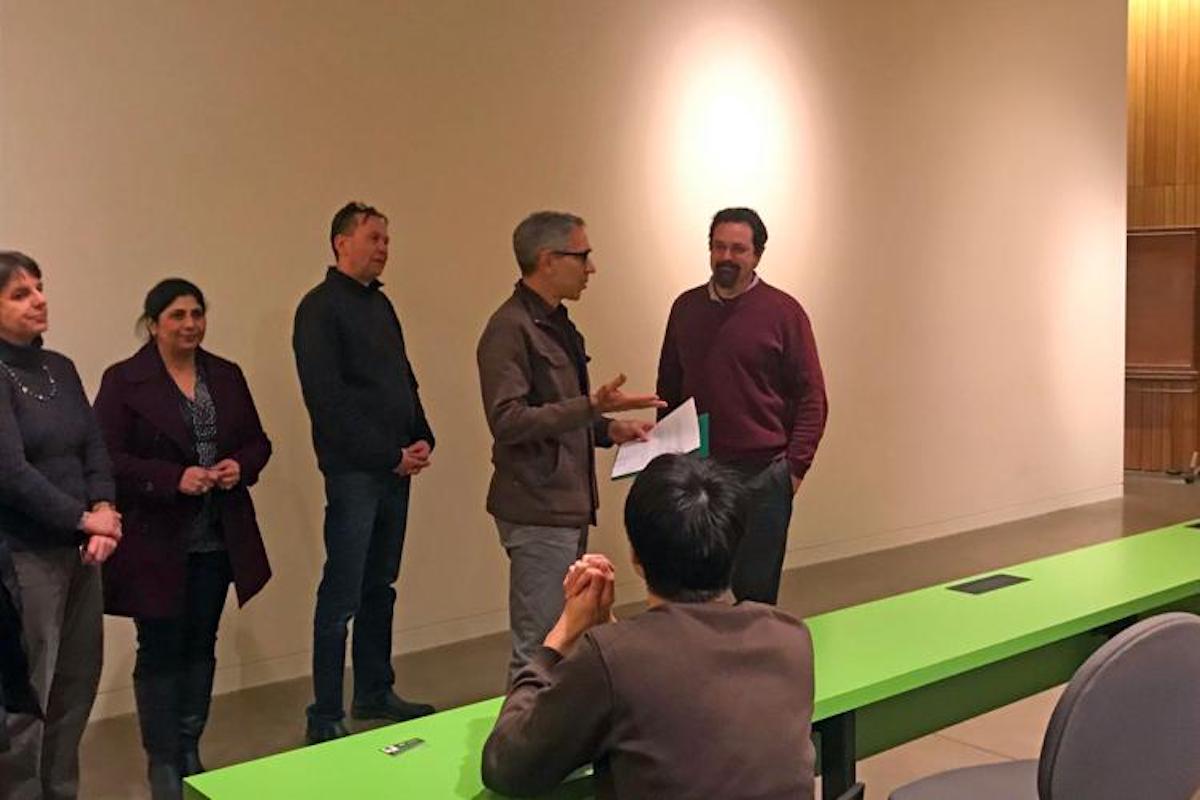 3 professors recognized for excellence in teaching

First published on the dailyemerald.com. As Jordan Pennefather walked the aisles of a lecture hall, passing out scantrons to students awaiting their Psychology 301 midterm, a small group of people entered the room. At first, he didn’t think much of it, he said, until he looked up and recognized his department head, Ulrich Mayr and a number of his colleagues walking down the steps.

Mayr, head of the psychology department in the College of Arts and Sciences, waved Pennefather down to the front of the lecture hall. Mayr congratulated him: Pennefather, a senior psychology instructor, received the Tykeson Teaching Award. He was recognized for being an engaging professor and for having a good relationship with his students, said Hal Sadofsky, the divisional dean of natural sciences.

Pennefather wiped a tear from his eye. “I tried to avoid looking too much at the class or I probably would have gotten more emotional,” he later said.

The Tykeson Teaching Award is given to one professor in each of the divisions of the College of Arts and Sciences: humanities, natural sciences and social sciences. Recipients are surprised during their lectures and are awarded a certificate and a $2,500 cash prize. The awards began in the spring of 2015 and were given out at the end of January this year.

“I would say it’s one of the definite highlights of my professional career to be recognized in front of my students, I think that was a great touch since it’s all about interacting with them,” Pennefather said. “Without the students, it wouldn’t be as enjoyable.”

Matthias Vogel, a senior German instructor and Faculty in Residence at Global Scholars Hall, was another recipient of the Tykeson Teaching Award this year. He currently teaches Holocaust narratives in German Literature and Film, and was recognized for his engaging lectures.

““[The class] can be really boring if you just stand there in front and just rain a lecture down on everybody. So I try to incorporate students,” said Matthias. “I try to learn from their perspectives and show them why the material that we are looking at matters.”

“One of the things that distinguishes these awards with other teaching awards out there is that we try to recognize good instructors by slightly changing the call every year. That highlights the fact that there’s all different kinds of ways to be a good teacher,” Scher said. “We try to get all kinds of excellence represented in there.”

While teaching a class on the constitutional debates, department head Craig Parsons, Scher and other colleagues surprised political science professor Joe Lowndes with the award. Scher said he was awarded for his ability to teach a range of students about fraught political issues in an inclusive way that allows students to feel that their voices are heard.

“It’s nice to get recognized for something you really love doing,” Lowndes said.

Franklin Lewis and Becca Robbins contributed to the reporting of this story.