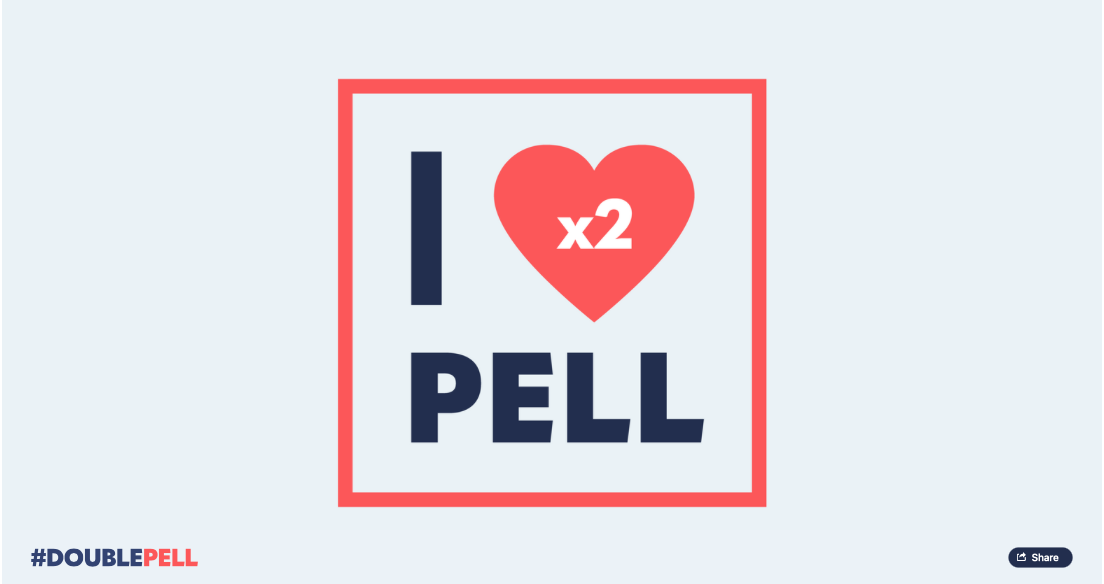 The coalition, known as the Double Pell Alliance, is advocating for doubling the maximum Pell Grant by the 50th anniversary of the creation of the program in June 2022.

The campaign features a new website, doublepell.org, that provides students and families with tools to communicate with Congress in support of doubling Pell, engage on social media, and share personal stories about how the Pell Grant has helped them.

The  #DoublePell Background and Fast Facts About Doubling the Maximum Pell Grant handout provides talking points and statistics about the Pell Grant.

The #DoublePell website includes a Take Action page, which includes a customizable letter that students, families, alumni, and other stakeholders can send to their members of Congress, and shareable social media graphics to amplify the #DoublePell campaign messages.

In March, the UO signed on to a letter with 1,200 other organizations addressed to all members of Congress, asking them to double the amount of the maximum Pell Grant to approximately $13,000. Currently Congress is considering proposals to increase the Pell maximum by as much as $1,875. In addition, in late June, a group of senators reintroduced the Pell Grant Preservation and Expansion Act.