On December 29, President Joe Biden signed into law the FY23 Omnibus Appropriations bill, which provides $1.67 trillion in discretionary appropriations and funds the federal government for the remainder of FY23 through September 30, 2023. 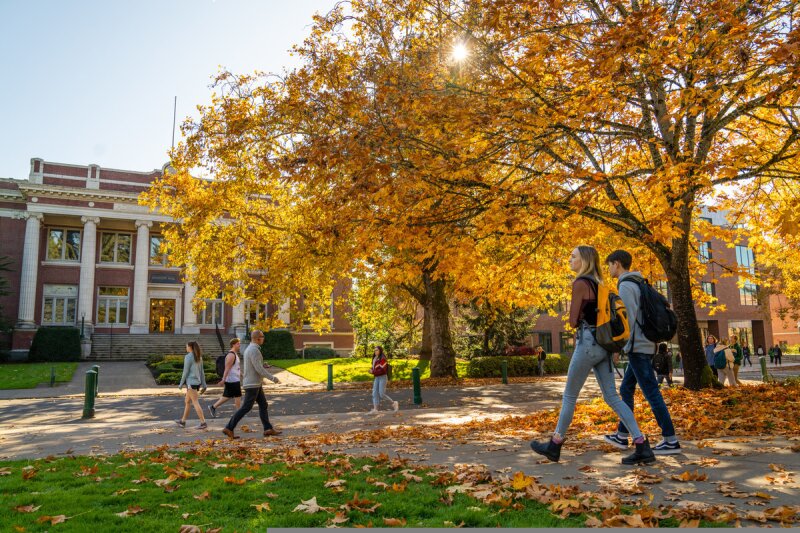 On December 29, President Joe Biden signed into law the FY23 Omnibus Appropriations bill, which provides $1.67 trillion in discretionary appropriations and funds the federal government for the remainder of FY23 through September 30, 2023.

Topping off a consequential 117th Congress where significant investments were made in student aid, pandemic relief, research, and infrastructure, the FY2023 budget includes some record increases for student aid and progress on implementation of CHIPS & Science Act.

Thanks to the work of the Oregon delegation, the budget package also includes investments of specific interest to UO including trauma immunology research, the seismic infrastructure that supports ShakeAlert and related monitoring and research, and Institute of Education Sciences.

Notable UO coalition priorities in the Omnibus include:

Pell Grant increase to $7,395 (max award), an increase of $500. This is the largest single year increase in the Pell Grant since 2009-10. About a third of UO resident students rely upon the Pell Grant to ease their cost of attendance at UO.

New Postsecondary Student Success Grants Fund is allocated $45 million for a second year of funding. The fund supports innovative practices on campuses that ensure students remain on track and earn their diploma.

Supplemental Education Opportunity Grant (SEOG) is funded at $910 million, a $15 million, or 1.7% increase over FY22.

Institute of Education Sciences (IES): Funded at $807.6 million, a $70.6 million, or 9.6% increase above FY22. UO faculty are some of the top IES grant recipients in the country.

National Endowment for the Humanities (NEH): The omnibus provides $207 million for NEH, a $27 million, or 15%, increase above the FY22 funding level.

National Institutes of Health (NIH): The omnibus provides funding for NIH at $47.5 billion, an increase of $2.31 billion, or 5.1%, increase above the FY22 level.

Wood Innovation Grants:  The Omnibus provides $20 million for Wood Innovation Grants, of which $2 million is for grants to develop timber professional cooperatives that will address deficiencies in wood product infrastructure. This creates competitive opportunities for the TallWood Design Institute.

Other priorities of note funded by the Omnibus:

Build America Bond interest subsidy continues: The passage of the Inflation Reduction Act triggered sequestration and a need for a waiver for PAYGO provisions to enable the interest subsidy to continue. This provision saves UO $1.2 mil a year in 2023 and 2024. The subsidy will need to be continued for future years.