In Oregon, COVID-19 hit some pocketbooks harder than others

COVID-19's impact on people and economic sectors varied wildly; some of those effects could be long-lasting. 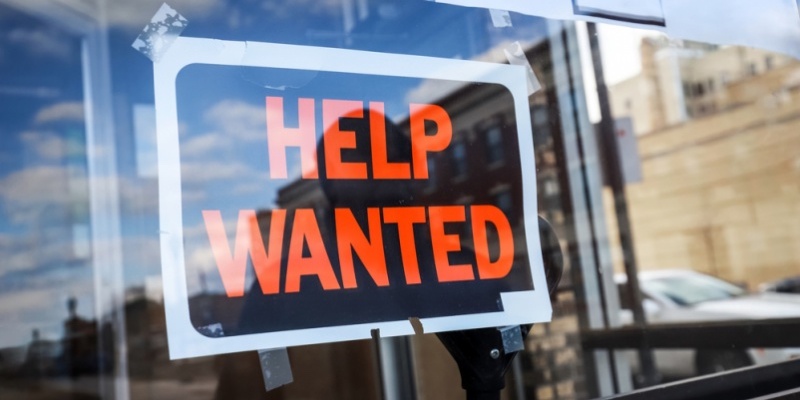 This article first appeared in Around the O on October 26, 2021.

When the COVID-19 pandemic walloped Oregon, its impact on its people and economic sectors varied wildly, and some of those effects could be long-lasting.

While some counties saw unemployment rates soar above 20 percent, others remained solidly in the single digits. Jobs that could be done remotely often were, and workers aren’t in a rush to head back to their offices. Child care services that were already scarce got even more difficult to find. And eviction moratoriums kept a roof over many Oregonians’ heads.

These are among the findings in the latest report by Benjamin Clark and Robert Parker of the Institute for Policy Research and Engagement in the School of Planning, Public Policy and Management, part of  the College of Design. The results come from a survey conducted in May and June of 686 Oregonians; another report was released over the summer.

A common perception that emerged during the pandemic was that enhanced unemployment benefits discouraged many people from looking for jobs. That wasn’t exactly the case in Oregon, Parker and Clark found.

“The prevailing mindset among many economists and others has been that if you provide too many benefits it disincentivizes people from seeking work or from working,” Parker added. “What we're seeing is much more nuanced.”

Only 3 percent of the respondents who were not employed indicated the enhanced unemployment benefits were the reason they were not seeking employment. Twelve percent indicated there were other reasons they were not looking for employment. Those included individuals who retired or were disabled, were working from home, or had sufficient resources to not work for a while, the authors wrote.

Meanwhile, more than 77 percent who were unemployed in June 2020 said they were looking for work.

“What it suggests to us is that there's something much deeper that's going on in this pandemic process with employment that has to do with other factors that we haven't observed in the economy for a long time,” Parker said.

Parker said a segment of the unemployed who have previously been unable to find work can now do so, but they are willing and able to be out of work. Workers are also finding themselves with more leverage over their employers than they’ve had.

“I think we're in an interesting period in the U.S. economy where we're seeing a (more) significant shift in the relationship between labor and management than I've ever seen in my lifetime,” Parker said.

Clark added, “It may be that there's a recognition that the risks of working right now simply are too great to take the low wage that you might've been willing to take in the past. These people have already experienced long-term hardship and they're like, well, I can handle a little bit more.”

Parker said he thinks reports of job openings probably are contributing to that to a certain extent.

“People look out and say, ‘Well, there's a lot of jobs out there. I don't need to really worry just yet. I should be able to get something when I'm ready to go look,’” he said.

“Clearly that doesn't work for all positions,” Parker said. “As we point out in this study, it's not surprising to me that a significant percentage of people who got to work remotely at one point or another during the pandemic would prefer to continue to work remotely, at least some of the time.”

Among the sectors that were hit disproportionately hard by the pandemic and shutdown were leisure and hospitality, which saw the biggest losses and have been the slowest to recover. Counties with tourism-based economies saw unemployment rates spike, such as in Lincoln County on the coast, where the joblessness hit 23 percent. Meanwhile, counties with agricultural-based economies were far less scathed. Morrow County in north central Oregon, for example, saw its unemployment rate top out at 7.2 percent.

“Up to 70 percent of these households may have ended up on the street, compounding the economic and social issues Oregon's already struggling with since we already have a housing affordability crisis and a homelessness crisis,” Parker said.

“The state extending this policy longer, that was a fantastic policy to help stave that off,” Clark said, adding that keeping people housed also likely muted the spread of the virus.

However, Parker and Clark said the issue remains far from resolved.

“That crisis has been kicked down the road a ways, because there's a lot of landlords out there that are out a lot of money,” Parker said.

“Some of these policies are just starting to sunset,” Clark added. “We have to see how that plays out in the future. I think that story still has many more chapters in it.”

Another potential crisis Parker said he expects to see comes from child care, as a critical shortage of workers continues to plague that industry. Fewer than 15 percent of respondents who used child care before the pandemic continued to use the same arrangement.

“Child care was prohibitively expensive for a lot of households prior to the pandemic, and I don't perceive that it's going to get any cheaper,” Parker said.

Clark said one possible solution is to reexamine the policies and job requirements for those who provide child care, particularly in Oregon.

“We have some of the most stringent training requirements of child care providers, which puts a lot of extra cost and burden on them that you don't see in most states,” Clark said. “I think you can look at policies in most other states to see they don't need an associate's degree to be a child care provider, but that's essentially what we have in Oregon right now.”