Secretary Walsh, alongside President Schill, listened to concerns about the thousands of farmworkers who were in the field during the recent heat wave and wildfires. 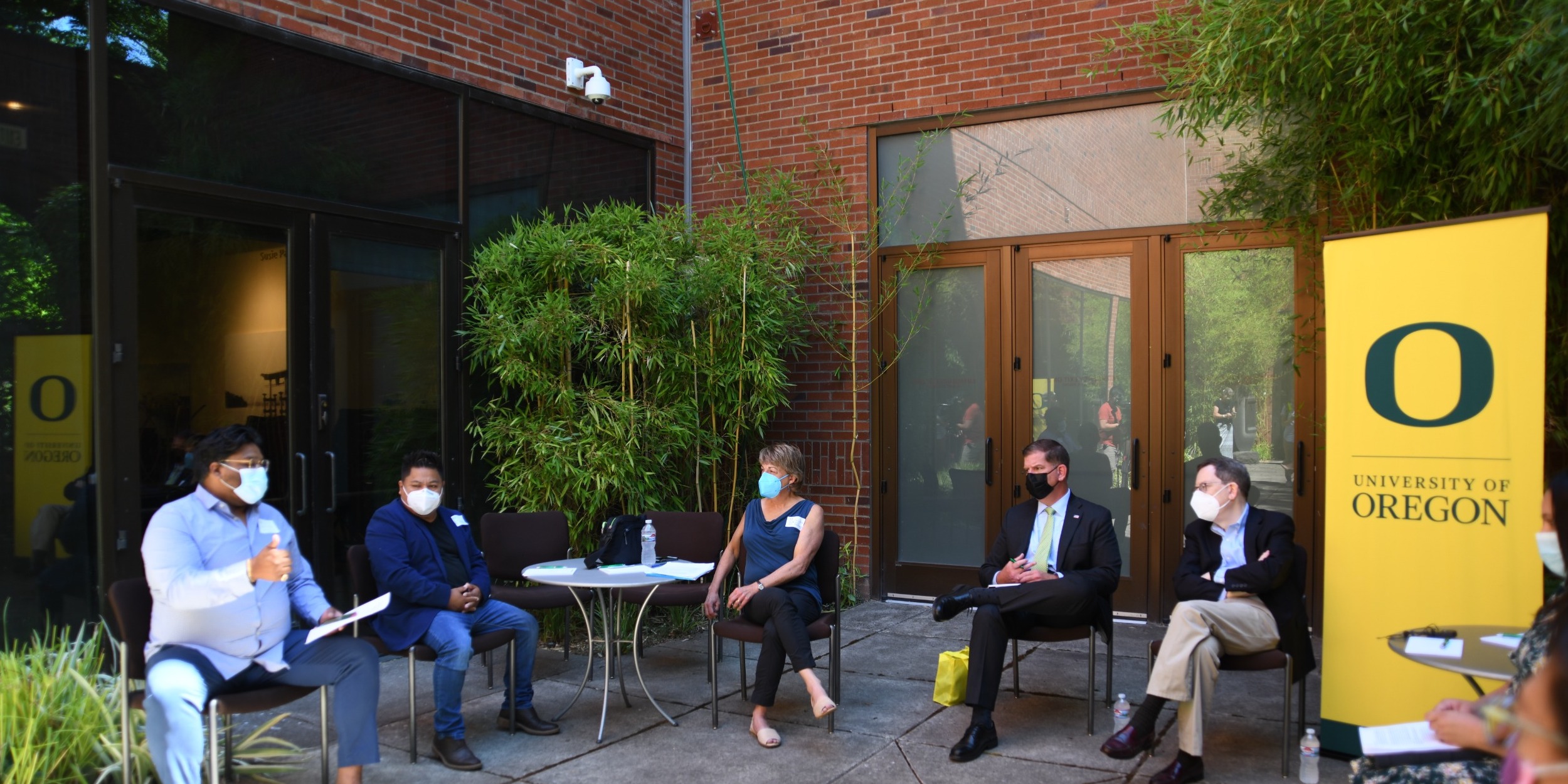 This article was first published in KOIN 6 on August 10th. Video from the visit is available here.

EUGENE, Ore. (KOIN) — For the third time in less than a month, a member of President Biden’s cabinet is in Oregon to promote the administration’s infrastructure and jobs plan.

Labor Secretary Marty Walsh joined Rep. Peter DeFazio, the head of the House Transportation and Infrastructure Committee, at various stops through the day.

His day began with DeFazio at 9:45 a.m. when they toured the United Association of Plumbers and Steamfitters Local 290 in Springfield. Then at 11:30 a.m., they took part in a farmworkers roundtable at the Jordan Schnitzer Museum of Art in Eugene.

Walsh, alongside University of Oregon President Michael Schill, listened to concerns about the thousands of farmworkers who are in the field during the recent heat wave and wildfires. They want protections in place to protect the people who put food on our table from pathways to citizenship to better pay, especially when working in hazardous conditions.

Walsh said he hears similar concerns from farmworkers around the country.

He also told KOIN 6 News the Biden Administration is working on heat safety rules for farmworkers. In Oregon, Gov. Kate Brown put new rules in place after an immigrant farmworker died in the record heat wave in late June. Among the new rules is a requirement employers provide cool water, shade and regular breaks.

Walsh was scheduled to take part in a care economy roundtable at the State Library of Oregon in Salem with Gov. Brown at 2 p.m. However, that meeting was canceled by 11 a.m.