The National Guard was sleeping in the basement and wire barriers surrounded the Capitol Building when UO law professor Greg Dotson started working as the chief counsel for the U.S. Senate Committee on Environment and Public Works in early 2021. 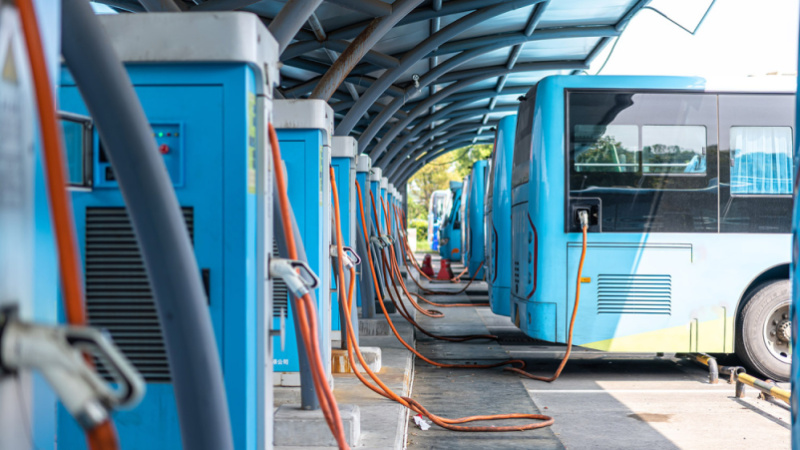 This article first appeared in Around the O on May 2nd, 2022

The National Guard was sleeping in the basement and wire barriers surrounded the Capitol Building when UO law professor Greg Dotson started working as the chief counsel for the U.S. Senate Committee on Environment and Public Works in early 2021.

It was just after the Jan. 6 insurrection and the building was still closed to the public after the violent attack on Congress.

Dotson was not new to the halls of Congress. He spent two decades working in the House of Representatives and served as the top energy and environmental staffer on the House Energy and Commerce Committee. But it was the most partisan environment he’d seen in all of his years on the Hill.

And he was there to address one of the most partisan issues: climate change. The committee he’d be advising has legislative jurisdiction over environmental protection, national climate change policy, and federal programs for investment in infrastructure. While committee Chair U.S. Sen. Tom Carper is known for being committed to bipartisanship, with the Senate split 50-50 it was obvious to Dotson that it would be a challenge to accomplish much of anything, especially meaningful climate change legislation.

But a little over a year later Dotson notes that during his tenure with the Senate, Congress passed historic, bipartisan legislation that included new climate and environmental initiatives.

“There isn’t a bipartisan agreement that we need urgent action on climate change, despite alarm bells from everyone paying attention,” he said. “However, the Senate did come together to enact the most significant infrastructure bill in the history of the country, and that bill contains some important foundational measures for a zero-carbon future.”

Dotson points to the Infrastructure Investment and Jobs Act, which President Biden signed into law in November 2021. The bipartisan legislation includes a number of climate, clean energy and environmental justice components.

One example is funding for electric vehicle charging infrastructure and electric buses to reduce emissions and promote clean energy vehicles. The new law also aims to modernize the electricity grid and invest in infrastructure that will be more resilient to extreme weather and climate change.

And it included a number of additional investments in environmental justice, like clean water programs and pollution cleanup initiatives.

Dotson will discuss the historic Infrastructure Investment and Jobs Act in “Congress and Climate Change,” at 3:30 p.m. May 24 in Room 175, Knight Law Center. He will then be joined for a panel discussion with Provost Patrick Phillips and law school dean and Dave Frohnmayer Chair in Leadership and Law Marcilynn Burke. Preregistration is requested.

One of the other major bills Dotson points to is the American Rescue Plan, which Congress passed in March 2021. The legislation primarily targeted the public health and economic consequences of the pandemic, but it also included a few key environmental initiatives, like funding for environmental justice and air quality programs to address the disparate impacts of climate change and pollution on low-income communities.

“We can’t afford to wait on climate change,” Dotson said. “Congress has taken a good step forward, but really, we need much more significant action to address the climate crisis.”

Dotson’s role on the committee was an important one. As chief counsel, he not only advised the committee on climate change policy but also on parliamentary process to explore options for advancing legislation through the polarized Senate. Like using budgetary rules to advance climate change solutions, which can pass with a simple majority in the Senate instead of requiring a filibuster-proof majority of 60 votes.

The committee used this approach with the Build Back Better Act, a budgetary bill that includes $500 billion dollars to tackle climate change. Although that bill has passed the U.S. House of Representatives, it has stalled in the Senate, just shy of the necessary 50 votes.

“Polarization over climate change is a powerful obstacle,” Dotson said. “Every elected official should want to avoid the disastrous effects of unmitigated climate change, but until they do, what is possible legislatively is really defined by the application of arcane Senate rules.”

Dotson is now back on campus, where he’ll continue to focus on addressing climate change through his research and teaching. Dotson is a faculty member of the Environmental and Natural Resources Law Center, where he leads the Energy Law and Policy Project.