UO researchers scored $172.5 million in grant funding in the past fiscal year. 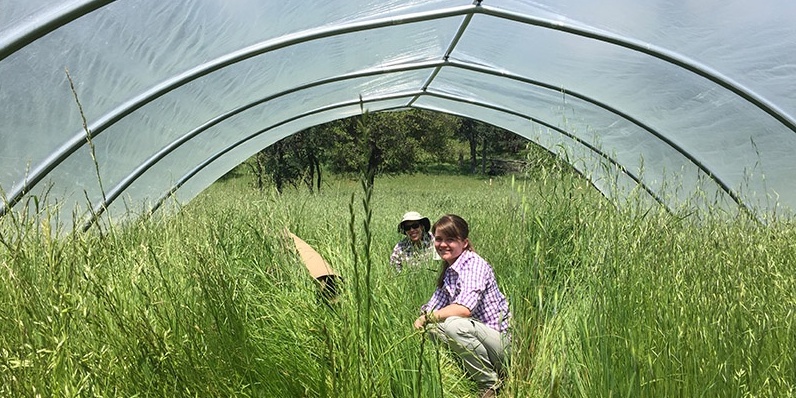 This article first appeared in Around the O on October 25, 2021.

UO researchers scored $172.5 million in grant funding in the past fiscal year, a new record for the university that continues a multiyear trend of research growth at the UO, according to new figures.

“Despite considerable barriers due to the pandemic, UO researchers continued our legacy of scholarship and innovation this year,” said Cass Moseley, interim vice president for research and innovation. “Faculty, staff and students navigated remote work and research disruptions and still managed to have a record-setting year.”

The grants are funding high-impact research across disciplines, such as a multiuniversity institute devoted to racial and climate justice, projects examining the impacts of climate change on biodiversity, and a push to make artificial intelligence technology more widely accessible.

It’s evidence of how the UO’s investments in recruiting, hiring and supporting new faculty members in key areas are already strengthening research at the university, Moseley said.

For example, John Arroyo, assistant professor of planning, public policy and management, is heading a grant to build the Pacific Northwest Just Futures Institute for Racial and Climate Justice. The institute, funded by the Andrew W. Mellon Foundation and hosted by the UO’s Center for Environmental Futures, includes collaborators at the University of Idaho and Whitman College. It brings together researchers focused on building an anti-racist future, with particular emphasis on sustaining Indigenous, Latinx, Black, migrant, working-class and rural communities.

Many early career faculty members secured their first major independent research award this year. For example, earth scientist Valerie Sahakian received an award from NASA to study the deformation of the earth’s crust during tsunami earthquakes. Ecologist Lauren Ponisio is leading a new NSF-funded project to track interactions between plants and pollinators in a unique mountain ecosystem in the southwestern United States. And neuroscientist Luca Mazzucato received an award from the National Institutes of Health to investigate the way serotonin affects neural circuits in the brain’s cortex.

From July 2020 through June 2021, UO researchers submitted 1,276 proposals, which netted $172 million in funding from external sources. A complete list of those research awards is available on the website of the Office of the Vice President for Research and Innovation.

Most of this year’s new funding, 71 percent, came from federal agencies, such as the National Science Foundation and the National Institutes of Health. But money also came from sources like the state government (12 percent) and private foundations and associations (10 percent).

The reported numbers do not include COVID-19 relief funds from the federal CARES Act, which added an additional $50.6 million. This supplemental money directly supported students dealing with financial hardship and helped the university rebound from pandemic-related setbacks.

“Our steady research growth for the past two years, despite the pandemic, demonstrates the strength, innovation and resilience of our faculty,” Moseley said. “It’s clear we have a very strong foundation for robust future growth.”