The Oregon Legislative Assembly has completed the adoption of new congressional and legislative redistricting maps for Oregon. 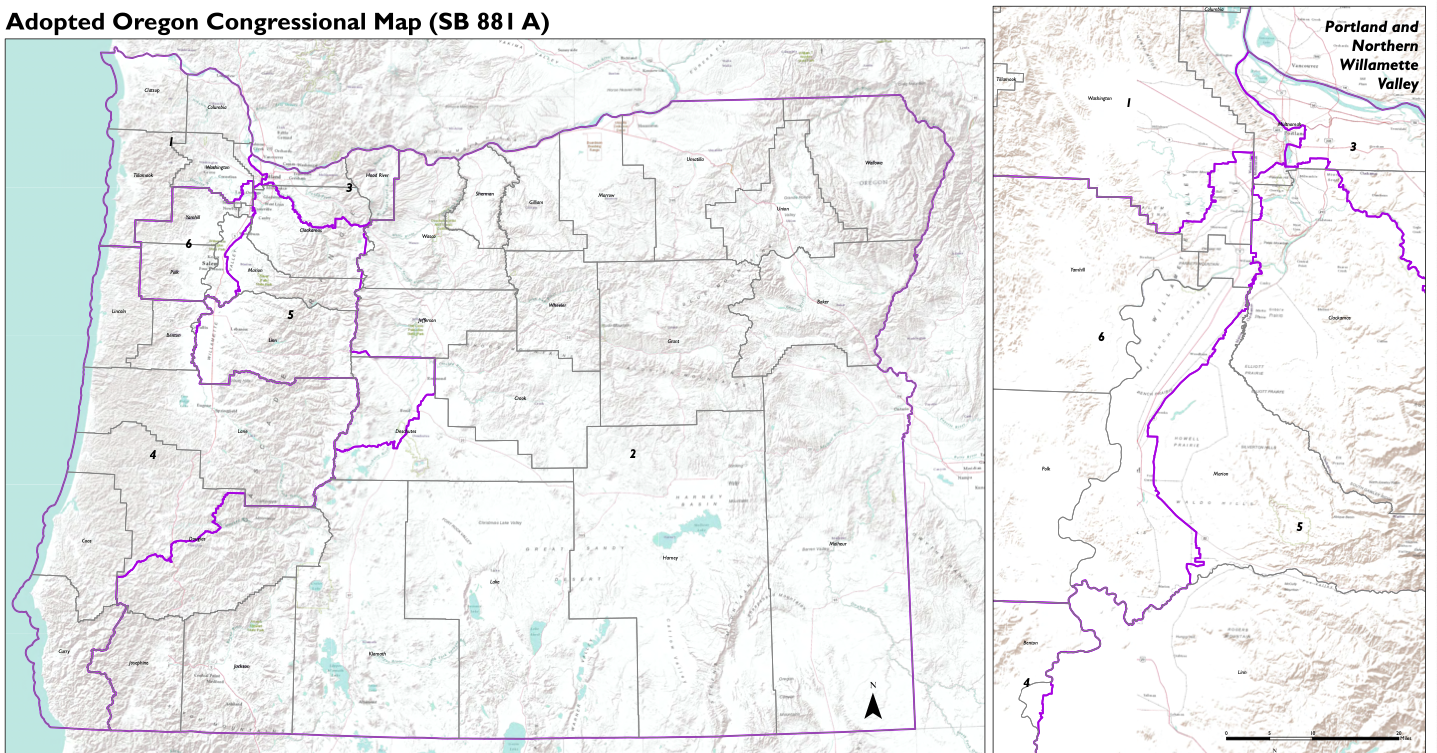 On September 27, the Oregon Legislative Assembly completed the adoption of new congressional and legislative redistricting maps for Oregon with the passage of Senate Bills 881 and 882. Gov. Kate Brown subsequently signed both measures into law hours before the midnight deadline set by the Oregon Supreme Court earlier this year when it gave state officials more time to complete redistricting due to U.S. Census Bureau delays. The Oregon Constitution directs the Legislature to reapportion legislative districts every ten years, following the U.S. Census.

“For the first time in forty years, Oregon is gaining a congressional seat––another delegation member to advocate for the common good of all Oregonians,” said Gov. Brown. “After the past year and a half, during which Oregonians have faced unprecedented challenges that have urgently required federal attention and resources, I am particularly grateful that the Legislature has come together to pass today’s historic legislation.”

The new 6th Congressional District includes Salem and encompasses all of Polk and Yamhill counties plus parts of Marion,Clackamas and Washington counties. The 5th Congressional District, which previously covered a slice of the western side of the state from Newport and Lincoln City to Salem and to the crest of the Cascades, now includes Bend and Redmond as well as large parts of Linn, Marion, and Clackamas County, but no coastal regions. The 2nd Congressional District continues to cover the Medford/Ashland/Grants Pass areas as well as all of the state of east of the Cascades, with the exception of Bend, Redmond, and Hood River, the latter now part of the third congressional district. The 4th district continues to include both the UO and OSU main campuses and the towns of Eugene and Corvallis, and now covers Roseburg and a larger portion of the Oregon coast from Lincoln City and all of Lincoln County to the California border.

Local jursidctions, such as the city of Eugene and Lane County, are also considering changes to their political boundaries.