The Science Coalition (TSC) announced the winners of its third-annual Fund It Forward Student Video Challenge. 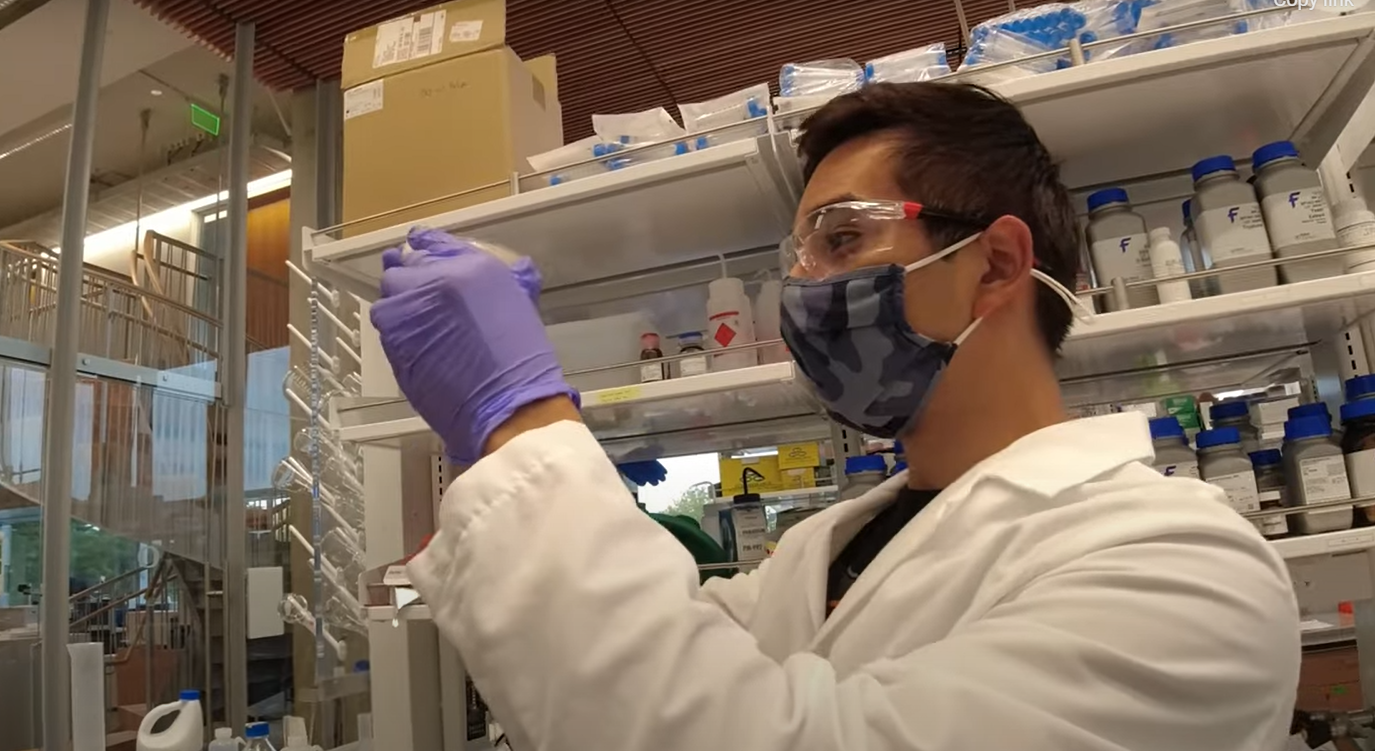 On Dec. 14 The Science Coalition (TSC) announced the winners of its third-annual Fund It Forward Student Video Challenge. Graduate and undergraduate students currently enrolled at TSC member institutions, including the University of Oregon, were asked to create a video explaining their personal connection to fundamental research and why Congress should continue to invest in the partnership between federal research agencies and their university counterparts.

Two UO students were honored for their submissions: Alonso Cruz, a Knight Campus Undergraduate Scholar from Beaverton, took 2nd place in the undergraduate division and wins a cash prize of $750. His video demonstrates research he is doing in Assistant Professor Parisa Hosseinzadeh’s lab that will help increase early detection of periodontal disease and thus treat or prevent more serious gum disease. Alonso’s video can be viewed here.

Annika Deckert, a Ph.D. candidate from Wyoming studying volcanology in the Department of Earth Sciences, earned an honorable mention. Her video depicts how the modeling of volcanic eruptions in the Cascade range could help mitigate the impact of an eruption on populated areas. Annika’s video can be viewed here.

A record number of video entries were submitted, with five entries coming from UO students.

“This year’s field of entrants to the Fund It Forward Student Video Challenge was our most competitive ever, demonstrating the broad enthusiasm for continued federal investment in the research enterprise from the next generation of STEM talent,” said TSC President John Latini. “It is critical members of Congress hear directly from them about the need for robust, consistent funding to propel U.S. science forward, especially as Congress has yet to pass a final appropriations package for fiscal year 2022. Without predictable funding, the research these future scientists and innovators are building their careers on is at risk, and we cannot afford to lose that potential. I want to thank and congratulate all the students who entered for their compelling stories and proving why Congress must fund science forward.”

Established in 1994, The Science Coalition is a nonprofit, nonpartisan organization of more than 50 of the nation’s leading public and private research universities. It is dedicated to sustaining the federal government’s investment in basic scientific research as a means to stimulate the economy, spur innovation, and drive America’s global competitiveness.