The Oregon Council of Presidents sent a letter signed by all seven Oregon university presidents urging senators Wyden and Merkley to increase the Pell Grant. 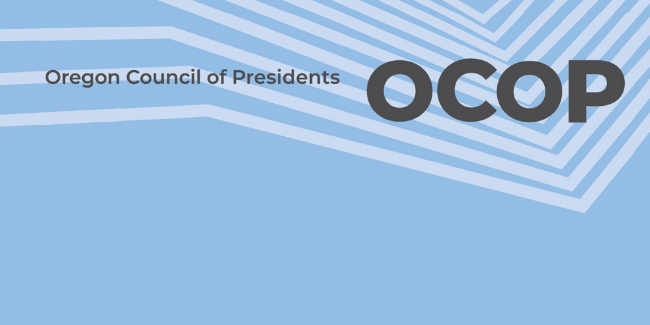 On September 22, the Oregon Council of Presidents sent a letter signed by all seven Oregon university presidents to U.S. Senators Wyden and Merkley urging them to work with their colleagues to increase the Pell Grant by $1,475 as part of the Senate’s version of the Build Back Better reconciliation package.

While President Biden’s proposed budget included an increase in the Pell Grant of $1,475, the U.S. House proposed a $500 increase per year to the grant, falling far below the President’s request.

The letter states “the Pell Grant is the cornerstone of federal student financial aid. Unfortunately, our students are unable to meet their costs at the current Pell Grant levels. In 1980, Pell Grants covered more than 75 percent of the cost to attend a 4-year public university. Today, the maximum award of approximately $6,500 covers just 28 percent of the cost of attendance. For too many low-income students and their families, financial burden is the defining barrier for college access or degree completion.”

Earlier this year, the University of Oregon joined more than 1,200 organizations in sending a letter to Congress in support of doubling the Pell Grant.