The University of Oregon will again celebrate Asian Pacific American Heritage Month this May to pay tribute to the contributions and achievements of Asian, Desi and Pacific Island Americans. 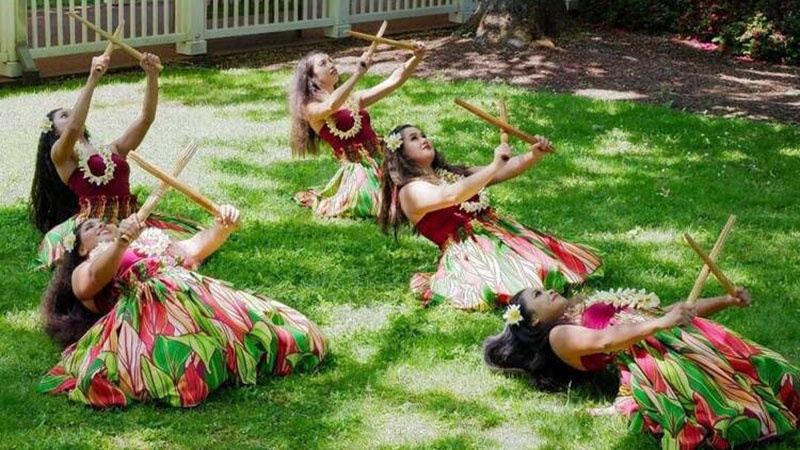 This article first appeared in Around the O on April 25th, 2022.

The University of Oregon will again celebrate Asian Pacific American Heritage Month this May to pay tribute to the contributions and achievements of Asian, Desi and Pacific Island Americans, support community members and offer educational and cultural opportunities for all.

To reflect the diversity of the community more accurately, the UO refers to the month as Asian, Desi and Pacific Island American Month. “Desi" refers to the people and culture of the Indian subcontinent and South Asia, including Bangladesh, India and Pakistan.

In her essay “ADPI Heritage Month 2022: What We Can Learn from the Theory of Racial Triangulation,” Vice President for Equity and Inclusion Yvette Alex-Assensoh discusses the situation for Asian, Desi and Pacific Islander communities during the last two years and the ensuing national discussions that are “questioning what people are actually doing to stop the hate crimes, besides talking about them. People in ADPI American communities throughout the country are understandably concerned for their safety and frustrated by the lack of substantive action.”

“Clearly, the work must go deeper,” Assensoh said. For those at the UO, she writes: “There are no shortage of venues and activities for people to deepen their understanding of and advocacy for the vast diaspora of ADPI American communities. One of the most obvious opportunities is Asian, Desi and Pacific Islander Heritage Month.”

The Filipino Student Association will offer “Bayanihan: Feels Like Home Pilipino Culture Night 2022." The free event will take place in the Erb Memorial Union ballroom May 7, starting at 7 p.m. It will celebrate Filipino culture through food, dance and other performances.

The UO Hui ‘O Hawai’i will present its 47th annual Lu’au, “Ke Alaula,” or “The Light of Daybreak,” in person for the first time in two years.  Live music, authentic Hawaiian food and traditional Hawaiian dances will all be part of this year’s event at Mac Court on May 21.

Doors open at 4:30 p.m. and the event starts at 5 p.m. Tickets range from $17 to $22 and can be purchased through the UO Ticket Office. See the UO Hui ‘O Hawai’I Facebook page for more information.

The UO’s Jordan Schnitzer Museum of Art and the Museum of Natural and Cultural History also will offer heritage month events. The history museum will feature archaeologists Jon Krier, Marlene Jampolsky and Chris Ruiz on May 19. They will discuss recent excavations of an early 20th century Chinese restaurant and gift store in downtown Eugene, a successful business that operated amid racist laws and a predominantly Euro-American community.

The free event is open to the public and takes place from 6 to 7 p.m. Space is limited and reservations are required; RSVP either online at the museum website, call 541-346-3024 or email [email protected].

On view at the art museum through Aug. 22 is “Remember This: Hung Liu at Trillium.” Renowned contemporary Chinese-American artist Hung Liu explored subjects ranging from portraits to landscapes to still lifes. She reflects upon history, memory, tradition, migration and social justice focusing on “the forgotten,” elevating and imparting dignity and individuality on the poor, the afflicted and the displaced; and women and children, prostitutes, and prisoners.

Ducks after Dark will offer two ADPI films during the month. “Spirited Away” is an animated film by Japanese director Hayao Miyazaki about 10-year-old Chihiro and her parents, who stumble upon a seemingly abandoned amusement park, It will be shown May 5.

“Minari,” about a Korean American family who moves to an Arkansas farm in search of its own American dream, will be shown May 12. Both films are at 7:15 p.m. at the Redwood Auditorium in the Erb Memorial Union. Films and snacks are free for UO students with proper ID.

Off campus, a partnership of the Asian American Council of Oregon and the city of Eugene Cultural Services Division will present an Asian Night Market on May 20 from 5 to 10 p.m. in downtown Eugene. The event will include cultural performances, cuisine from Asian food booths and trucks, a craft marketplace, and Asian films.

The movies are courtesy of a partnership with the DisOrient Film Festival and Taiwanese director Lu Mian Mian; films will be shown at the Broadway Metro. See the Asian Council of Oregon’s website for more information.

Asian and Pacific American Heritage Month originated in 1978 with a congressional bill to proclaim Asian and Pacific American Week in May; in 1990, Congress expanded it to be the entire month of May. May was selected to honor the immigration of the first Japanese to the United States in 1843 and commemorate the anniversary of the completion of the transcontinental railroad in May 1869. The majority of workers who laid the tracks were Chinese immigrants.

For more information on events and the history of the month see the Division of Equity and Inclusion website.