UO promotes survey to understand how people get their news

Where do you go to learn of news? What type of information is most important to you? A University of Oregon survey is reaching out to Hermiston residents with questions about their media preferences. 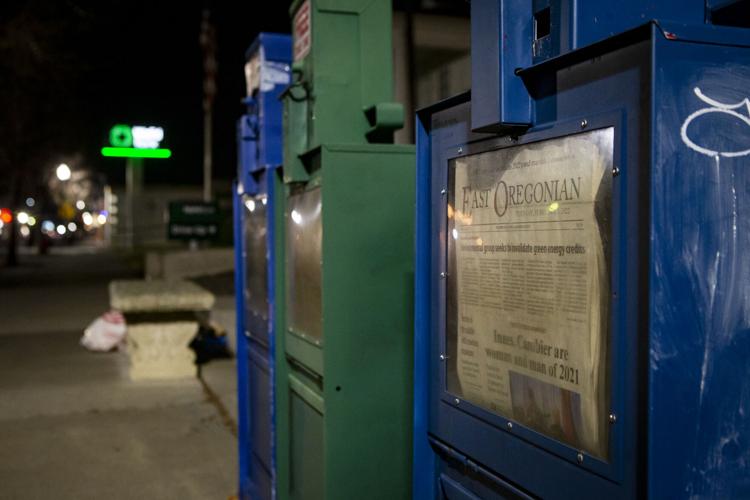 This article first appeared in East Oregonian on February, 2 2022.

HERMISTON — A University of Oregon survey is reaching out to Hermiston residents with questions about their media preferences.

Where do you go to learn of news? What type of information is most important to you? How informed do you feel about things happening in your community? All of these questions, and more, are on the survey, which is part of a larger initiative called Sustainable City Year Program, is available at bit.ly/uosurvey-hermiston.

Andrew DeVigal, professor at the UO School of Journalism and Communication, is one of the people behind the survey. Also, he is the director of the Agora Journalism Center, University of Oregon’s forum for the future of local news and civic health in Oregon and beyond.

“Increasing our knowledge of how information is received and shared in a local information ecosystem would be good for our communities and information providers, such as news organizations and community organizations,” DeVigal said.

He said he is teaching a class on how “journalism can authentically start with community first in its coverage of the community.” Referred to as “participatory journalism” or “social journalism,” DeVigal’s work centers on communities.

He described a movement in journalism that has been influential to the work behind the survey. People within journalism, he said, are looking to better understand informational flow. Initiatives, such as the Listening Post Collective and this survey seek to learn how information passes from one person or organization to another.

The survey asks for demographic information, name and contact information, if a person should want to answer. Ethnicity, home location and how long someone has lived in town also are questions on the survey.

Then, the survey gets into questions about media consumption — websites, social media use, etc. Also, it asks for physical locations, such as a farmers market or a church, where people obtain information.

In learning about how people receive their news, DeVigal said, researchers can discover the best ways to communicate to people. The survey also attempts to discover the information people want to know, which can be helpful to local politicians, too.

DeVigal said the survey will end by the second or third week of February, and he should have results by the end of March.

The program has organized UO classes, such as DeVigal’s, to get a deep dive into understanding a particular city. The initiative now is focusing on Hermiston, collaborating with its city government. Information suggesting recommendations will be shared with the city.

The program has focused on other Oregon cities in the past, but this is the first time it has worked with an Eastern Oregon city, according to Megan Banks, the Sustainable City director.

“We want to span the entire state,” Banks said.

Because Hermiston is the city with the largest population in Eastern Oregon, it made sense to select it for study, she said.

Banks complimented the town as forward-thinking and added her program has worked on other Hermiston projects recently. She said those collaborations have been productive.

“We’re lucky to be working with Hermiston,” she said. “A lot of this comes down to how the city approaches the partnership, and (Hermiston) has been very welcoming and extremely knowledgeable. I have nothing but good things to say about the city staff and community.”

Byron Smith, Hermiston city manager, said he is very happy with Sustainable City. Also, he said he is looking forward to the results of the survey.

“We are looking for ways that people get information so we can be a better source of information,” he said.

Banks said UO will be doing more studies in Hermiston in the coming months.