Huestis Hall is UO’s teaching and research hub for neuroscience, biology, and psychology. 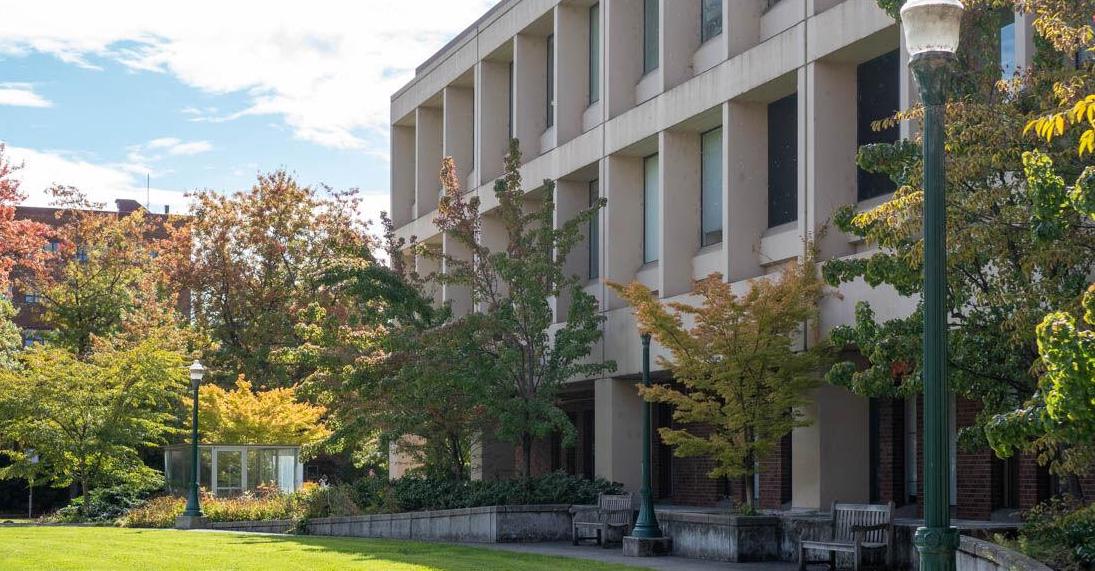 This article was first published in The Daily Emerald on October 13, 2021.

Huestis Hall is UO’s teaching and research hub for neuroscience, biology, and psychology. The building has labs and classrooms designed to help students with research and, with up to  3,000 students using the building each year, faculty and staff say an update on the 48-year-old building is much needed.

UO submitted the proposed project to the Higher Education Coordinating Commission in May 2018 for the commission to score and evaluate the project based on the building’s issues. The commission adopted the Huestis Hall Deferred Maintenance Project in August 2018 and sent the list to Oregon Gov. Kate Brown for review. The Oregon State Legislature approved bonding for the request.

According to the Higher Education Coordination Commission, The Huestis Hall Deferred Maintenance Project has an overhead price of $63.6 million. UO has secured $57.24 million in state bonds to fund the project.

The UO Board of Trustees came to an agreement that the remaining $6.36 million will come from UO as a match with this amount is. It represents 10% of the overall project cost.

According to HECC, the project “will also resolve code violations, improve accessibility for faculty, students and staff and update and modernize laboratory and learning spaces.”

Huestis Hall will be completely vacated in the spring of 2022. The target for the building to have students and staff fully moved back in is November or December of 2023. The total construction would be in the timespan of about a year and a half.

The building’s many issues include water damage, inefficient and outdated research labs and structural issues, UO’s Tom Shepard, Senior Associate Director of Capital Projects, said. He is part of the team that is on the ground for the renovation of Huestis.

“When you do a project of this magnitude, it is often a gut and redo of the building,” Shepard said.

Over the years, Huestis has had issues with the inner workings of the building, he said. “Mechanical, electrical and plumbing are a huge part of this renovation as well,” Shepard said. “We end up upgrading various systems, but holistically these systems are at the end of their useful life to serve the active research and the environment that is required for today.”

Most older buildings run into building code problems during renovation, Shepard said. He said updating buildings to code impacts the overall square footage of the building.

“Bathrooms get bigger and hallways get wider,” he said. “You have various things from a technological perspective also. Now we have closets for data that didn’t exist in the past.”

Buildings lose usable square footage for labs and classrooms due to these code changes. “We try to reconcile this by moving some of the functions of the building,” Shepard said. “The biggest struggle of projects like this is trying to decide which element gets shifted to another building.”

The hall’s seismic stability also needs to be addressed.

Martina Oxoby is another member of the design team and the primary point person for the project. She is working to improve the overall structure of Huestis Hall.

“It’s important to recognize that this building was constructed in 1973,” Oxoby said. “This being a predominantly concrete structure, seismic requirements and code have significantly changed from that time period.”

A lot of changes will be made to improve the building’s seismic standing, but these updates will not be visible, Oxoby said. The exception is the new seismic elevator tower, which the team will install on the west side of the building. Another aspect the team will address in the renovation will be the classrooms and labs in Huestis.

“One of the primary goals of this project is to bring the research labs up to the 21st century,” Oxby said. The labs will be completely opened up on levels two and three so the exterior west- and east-facing walls will be one continuous lab space with mobile benching. Smaller support rooms will also be added off the main labs for specific types of equipment. Huestis’ first floor, which consists of biology labs, will be fully remodeled as well. A seminar room will also be added for discussion outside of labs.

Darin Dehle, director of the design and construction office at UO and co-chair of the Huestis Hall Deferred Maintenance Project, has spent time on many projects for UO buildings in his 16 years on campus.

With the building being as old as it is, Americans with Disabilities Act access needs to be looked at as well. To improve ADA access, the bathrooms are being renovated as well as the upstairs corridor. Dehle said there is not enough space between the corridor and the freezers and cabinets lining the walls for someone who has a walking impairment. The hallway is simply too small, he said.

Sarah Lusk, a former graduate biology student from UO, spent time in Huestis Hall as both a student and research assistant.

“My time spent at UO was transformative in so many ways. I enjoyed so much of that period in my growth as an individual as well as a biologist. I learned through coursework, but all the experiences I had completely set the path for where I’m at in my life and career now,” Lusk said. “My biggest takeaway was the number of opportunities to explore every facet of biology — be that in the basement of Huestis hall, upstairs at the lab bench or on the beach at OIMB. UO set me on the track to continue to explore questions in biology for graduate school and a career as a biologist.”