President Joe Biden’s nomination for the Supreme Court seat holds a lot of significance according to UO experts. 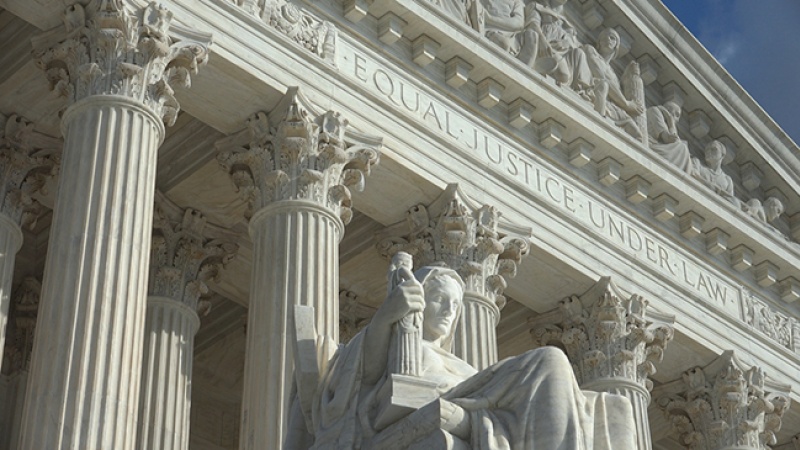 This article first appeared in Around the O on February 23rd, 2022.

The replacement for retiring Supreme Court Justice Stephen Breyer may not shift the ideological balance of the court all that much, but President Joe Biden’s nomination for the seat still holds a lot of significance, according to UO experts.

One of the most important implications of his nomination is whether he follows through on his promise to nominate a Black woman, said political science professor Alison Gash, who specializes in the intersection of law and social policy. (Editor's note: On Friday, February 25, President Biden nominated Ketanji Brown Jackson to the Supreme Court.)

“This is really important and long past overdue,” Gash said. “The hope is that once you open that door, you make room for more diversity on the court.”

It will be an important win for Biden if he can successfully nominate a Black woman, Gash said, especially at a time when his presidency is facing battles in Congress.

“Black women are a pivotal community in the democratic base, and it’s important he fulfills this promise,” Gash said, adding that the nomination could influence votes during the upcoming midterm elections

In addition to nominating a Black woman, Biden can increase diversity on the court through the educational and professional background of his pick, Gash said. While the current court is heavy with former prosecutors, the group of likely nominees includes former public defender Ketanji Brown Jackson and graduates of institutions outside Ivy League schools, like J. Michelle Childs.

Gash said one of the most important components of the nomination is how it plays out in the U.S. Senate, says Gash, because the last few nominations have been contentious and politicized, leaving the nomination process, and by extension the court, fractured.

“On the heels of three problematic nominations, this needs to be a fairly straightforward nomination process,” Gash said.

UO law professor Garrett Epps agrees. Epps specializes in constitutional law and served for 10 years as a Supreme Court correspondent for The Atlantic.

He explained that the last three nominations to the Supreme Court have been riddled in issues: Justice Neil Gorsuch was nominated to a seat that should have been filled during President Barack Obama’s presidency, Justice Brent Kavanaugh faced allegations of sexual assault and “turned the nomination hearings into a circus,” Epps said, and Justice Amy Coney Barrett was “jammed through at the 11th hour,” after the passing of Justice Ruth Bader Ginsberg before the 2020 presidential election.

Epps believes Biden’s nomination stands a better chance of gaining widespread support because all of the top candidates being discussed are “supremely qualified,” and have the ability to reach across the political divide.

Epps stressed that the nomination process must not be another politicized battle and needs to return to one resembling regular order, or irreparable damage will be done to the Supreme Court.

“Each of Trump’s nominations damaged the court’s reputation and further threatened the public’s trust in its ability to uphold the constitution,” Epps said. “The court is on a knife edge and can’t stand one more problem.”