The story behind the jerseys at the 2018 World Cup

The story behind the jerseys at the 2018 World Cup

There are lots of rules about World Cup jerseys right down to the number of colors. And then there's the issue of counterfeit jerseys. 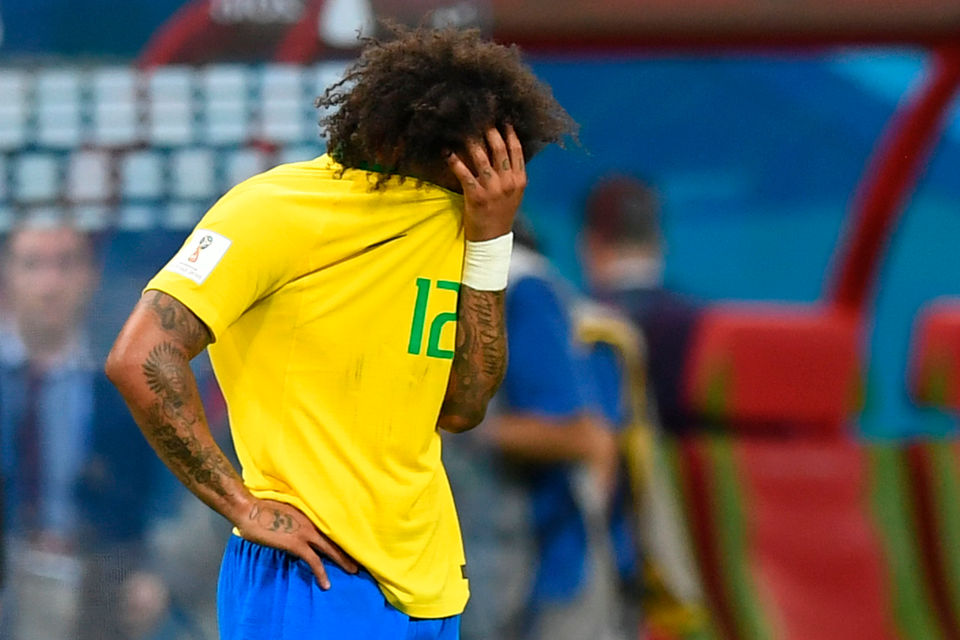 Nearly 3.5 billion people are expected to watch the 2018 FIFA World Cup Russia. They’ll all see players wearing a fresh batch of national jerseys, designed by the major sport product manufacturers. Millions of authentic tops are made for fans to buy. Even more are counterfeited. 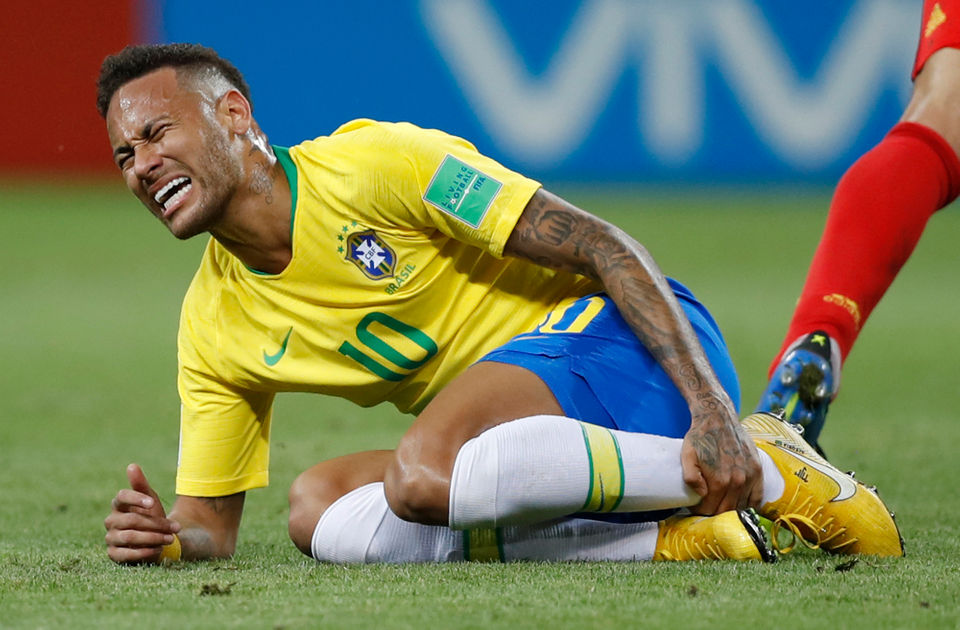 Before I became a professor of sports product design at the University of Oregon, I spent about 20 years working for a major sports manufacturer on innovative products, for events like the World Cup and the Champions League Final. Sport manufacturers such as Adidas, Nike, New Balance, Puma, Uhlsport, Umbro and Under Armour start research and product development two to three years before a World Cup begins.

Jerseys must represent teams’ countries, perform for elite athletes and be desirable for fans. They must also deter counterfeiting, which undermines the only real way jersey manufacturers can recoup their design and production investments. 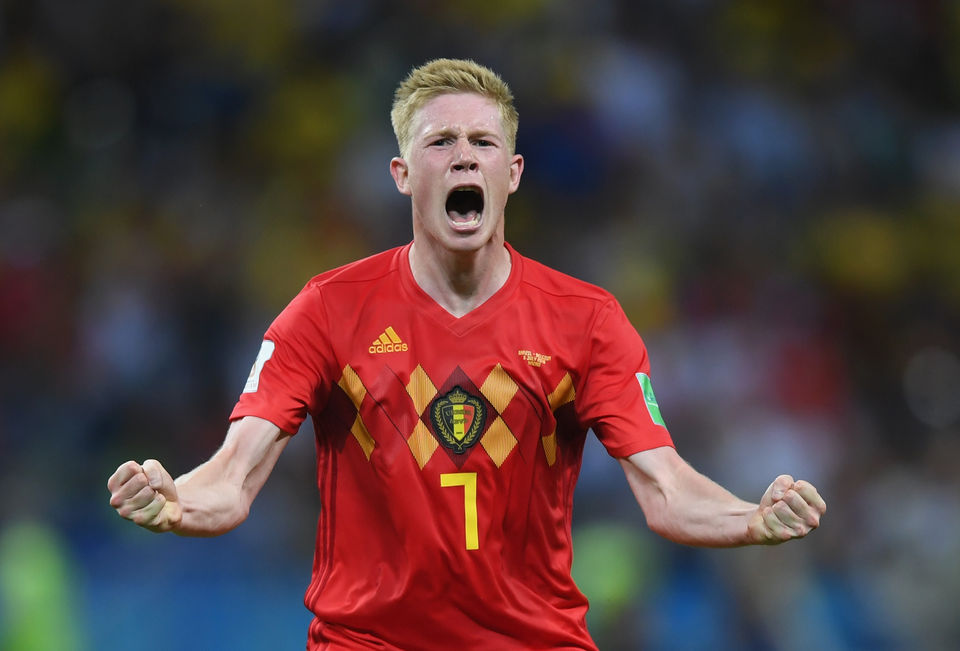 The jerseys must first obey guidelines set by FIFA, soccer’s international governing body. Some are pretty basic – like making sure players’ jerseys aren’t easily confused with referees’ shirts, and that they have sleeves; soccer jerseys can’t be tank tops.

Other rules are more detailed, like banning jerseys that have more than four colors, unless they’re striped or checkered in two equal colors – in which case the jersey can use five colors. 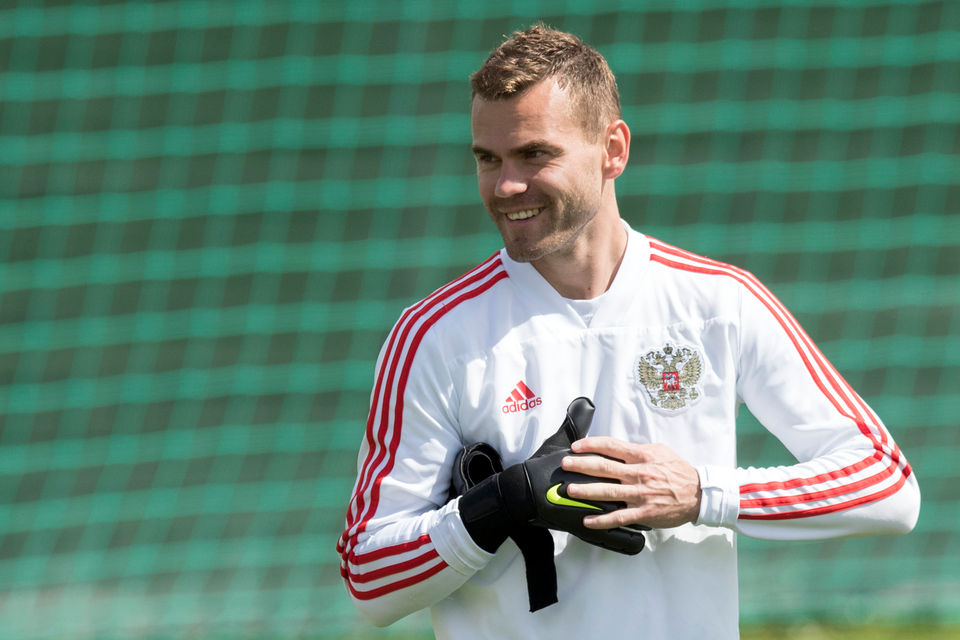 There are also specific rules about the size and placement of logos – including the manufacturer’s own, and stars indicating how many World Cups a team has won – and player names and numbers. FIFA even specifies that both sleeves must be free of logos, to make room for its own event badges. 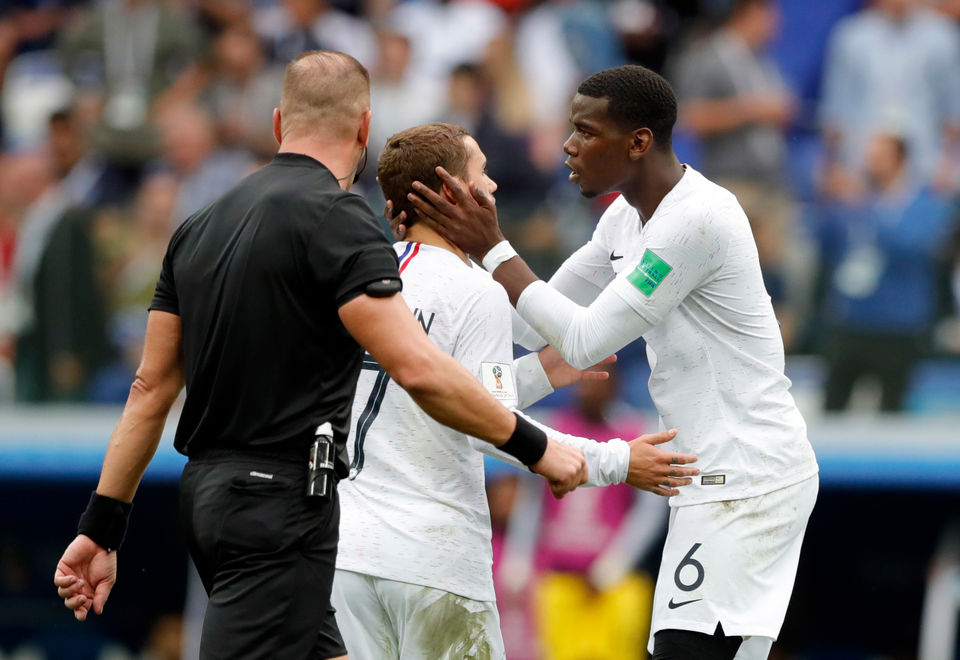 The Associated Press
Satisfying the customer

Following FIFA’s rules is a must, but the ultimate approval of each nation’s jersey designs comes from its national soccer governing federation. The manufacturer has the ideas, but the federation officials need to be convinced to go along with their new design aesthetics and performance innovations.

Often the sports product manufacturer will ask the soccer federations for a list of aesthetic and performance criteria upfront. Some countries have really detailed lists, perhaps governed by tradition or superstition. Others are more open to new ideas – like Nigeria, which approved striking designs by Nike for World Cup 2018. 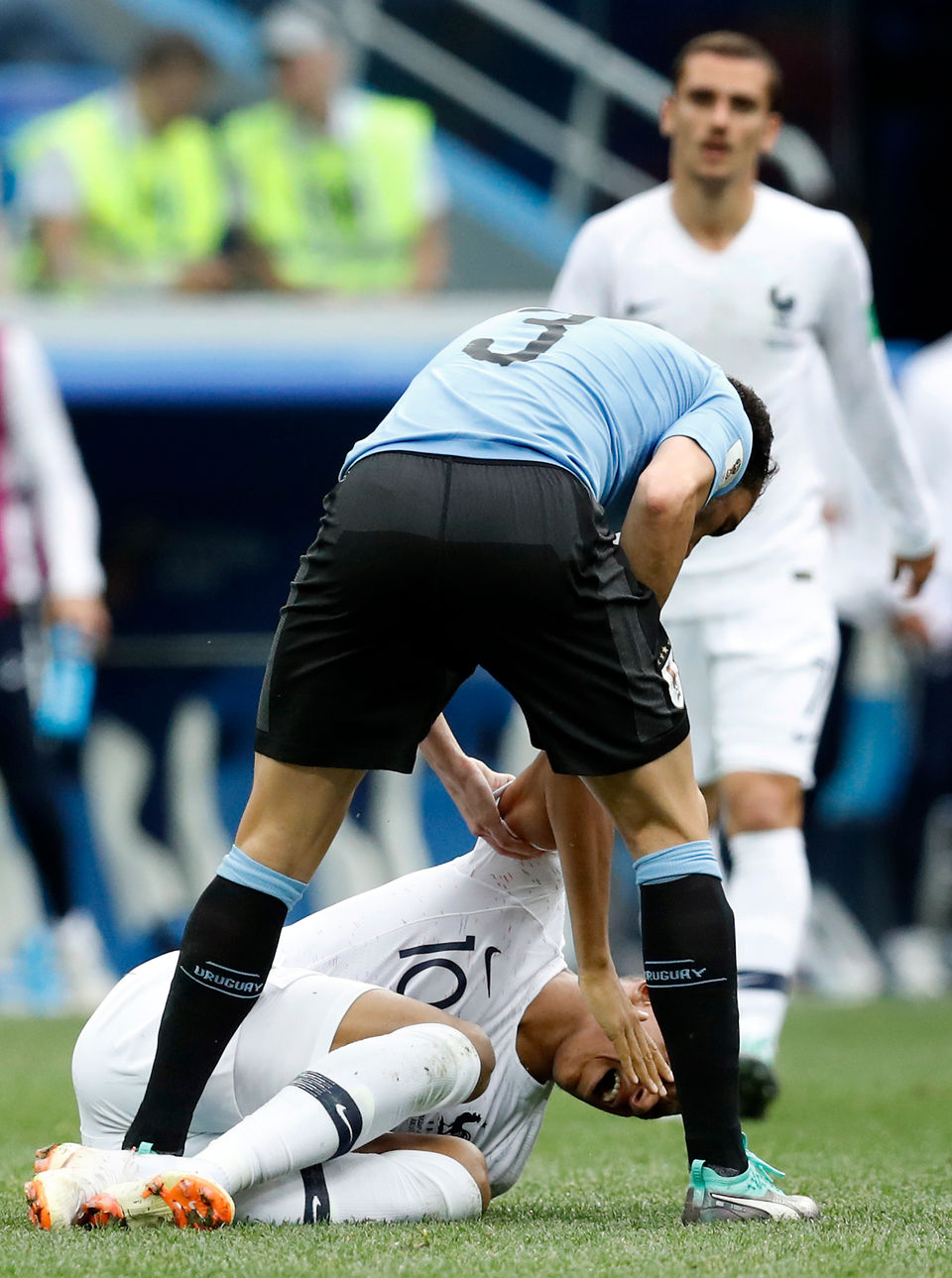 Typically a jersey manufacturer will come up with a few ideas for each home and away jersey. Often they’ll include designs that look a lot like the team’s last World Cup jersey, others that are very different and still others somewhere in between the old design and a brand new one. The company usually hopes it’ll be allowed to create something at least relatively new, rather than just remaking a design from the past.

The company making the jersey can add some design elements, too – but of course they must be approved by FIFA and the national federation. Some of these – like the neckline – are aesthetic features that may have a historical nod to each nation’s heritage. 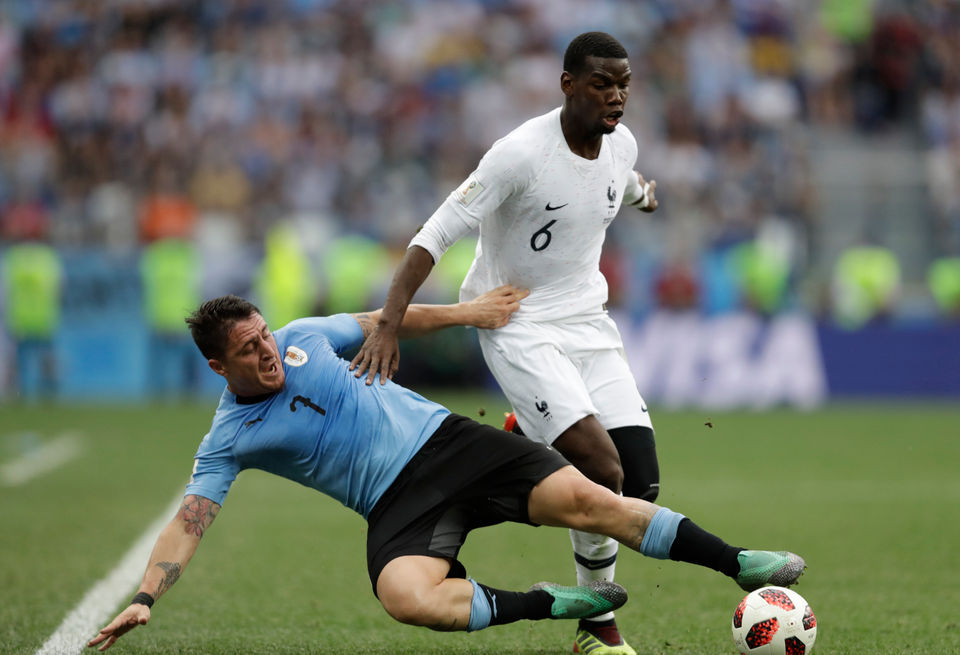 The Associated Press
Other elements can combine appearance and function, like the cut and fit of the jersey, ventilation or how its materials handle sweat. There are also aspects of the design intended to deter counterfeiting; for the 2018 World Cup, many of the major sport manufacturers developed engineered knit jersey materials that help with thermoregulation and fit, while providing a unique appearance that is difficult to knock-off without the exact machinery and programming skills.

The manufacturers will lab-test the materials, and then let elite players confidentially test the physical designs, on pitch, during training sessions. 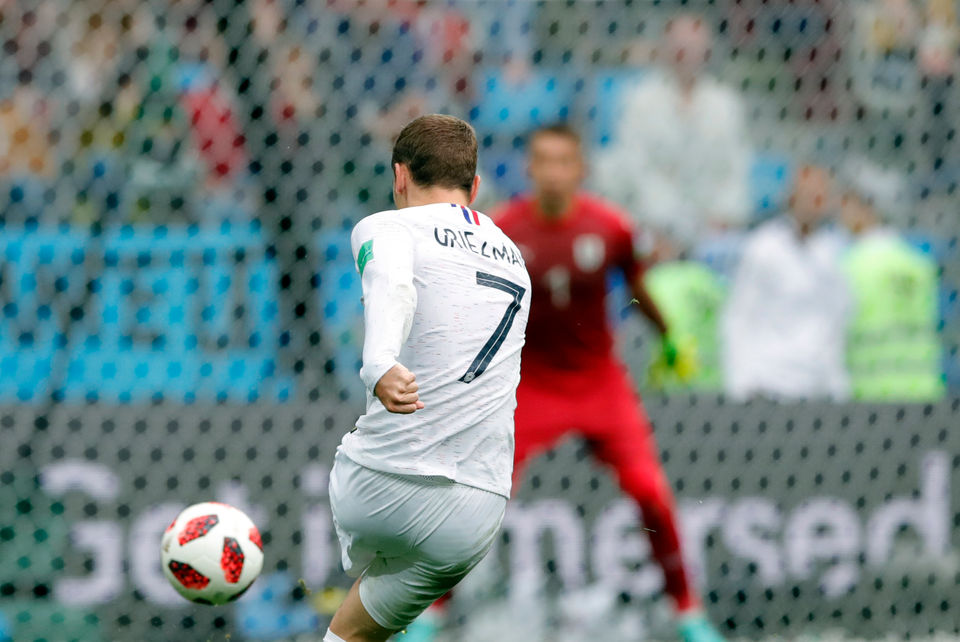 To curtail counterfeiting, some manufacturers will embed electronic tags in their authentic jerseys, making it easy to check whether a merchant is selling real or fake products. Many large manufacturers will have teams of inspectors shopping international markets, online and at shipping ports, looking for counterfeits and working with local police to shut down sales and exportation.

Total prevention is impossible, though – and it’s made harder when supplies of the real thing sell out. The Nigeria jersey sold out, making Nike a fair profit, but now it’s making Chinese and Thai counterfeiters millions of dollars too, because there are no more authentic versions available. 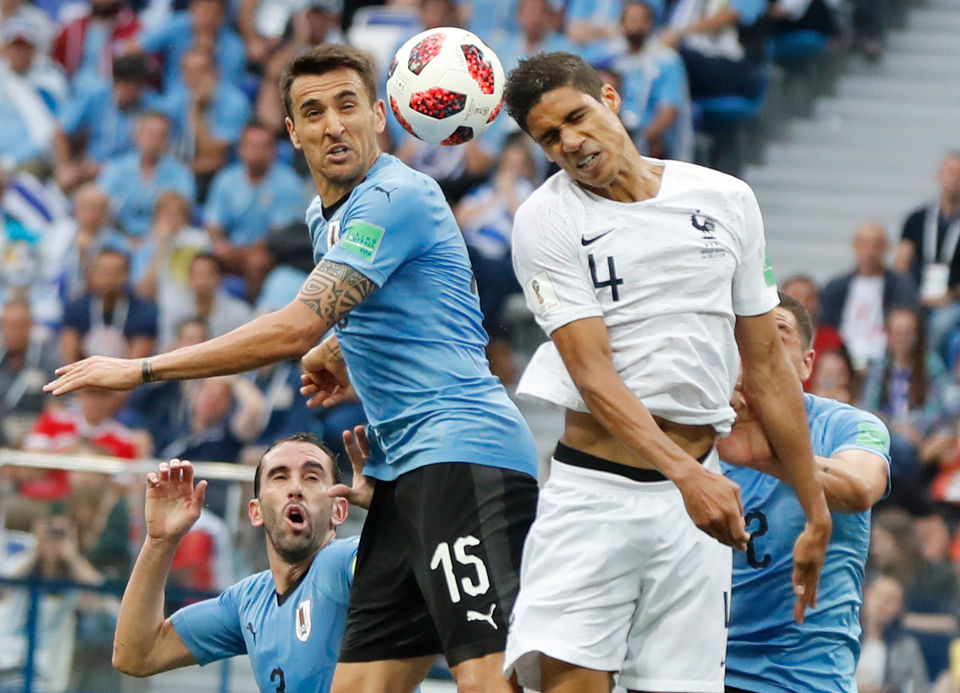 When FIFA guidelines, federation and manufacturer desires align, new World Cup jersey designs can be an exciting  part of the tournament experience for fans around the world. 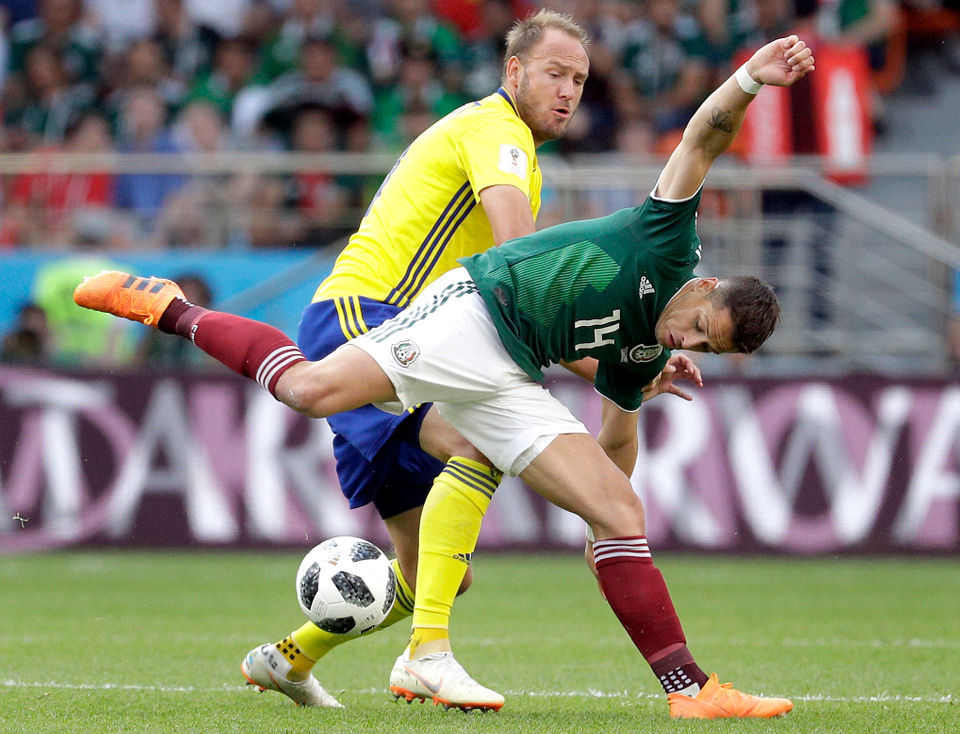 This article was originally published on The Conversation. Read the original article here: http://theconversation.com/whats-involved-in-designing-world-cup-jerseys-98279.