UO course focuses on western racial, labor and immigration history and U.S.-Mexico relations as a way to understand Mexican and Central American immigration. 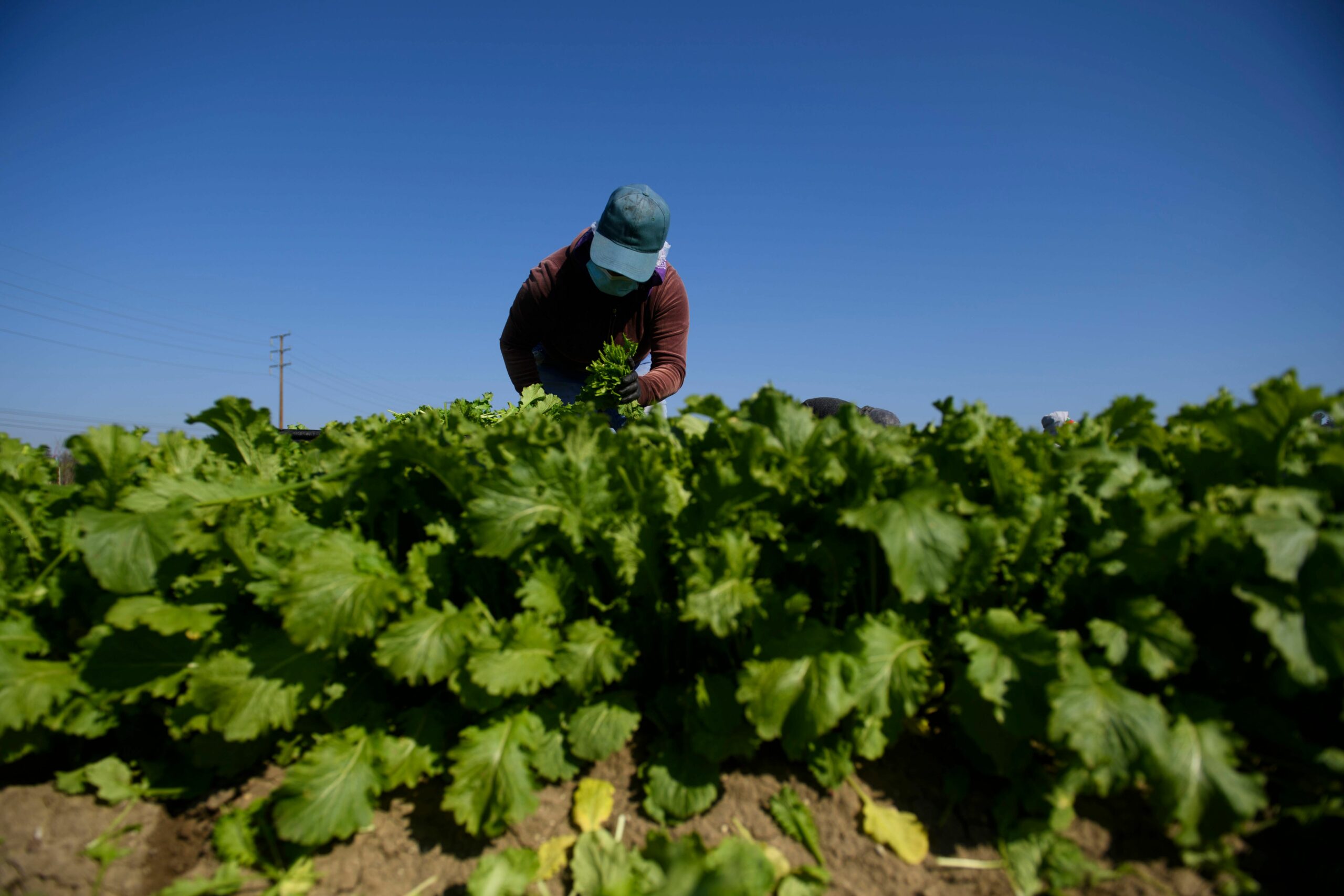 This article first appeared in Statesman Journal on December 22, 2021.

Last summer, the conversation in Jose Alfredo Marquez Alonso’s Spanish class turned to farmworkers. He followed along through one AirPod while harvesting blackberries at a Willamette Valley farm.

This year, Marquez Alonso learned in his Immigration and Farmworkers class at the University of Oregon about the larger context surrounding the work he’s done, a class he said has helped him better understand his own family history.

The course focuses on western racial, labor and immigration history and U.S.-Mexico relations as a way to understand Mexican and Central American immigration, conversations around immigration policy and farmworker movements and cultures.

“I feel like all my life I’ve had amnesia,” Marquez Alonso, a senior anthropology major, said. “Taking this course is a way to fix that.”

In the late 1990s, anthropology professor Lynn Stephen was contemplating a move to Oregon. As she visited the town of San Miguel Cuevas in the Mexican state of Oaxaca, a place where she's conducted research since the mid-1980s, she saw about 10 pick-up trucks with Oregon license plates.

She soon had an idea for one of her first classes at the University of Oregon.

People from Oaxaca and other states, many of them Indigenous, have migrated to Oregon for agricultural work since the 1970s, she said. Her research centers on Indigenous people from Mexico and Central America, transborder communities, globalization and the connections between these topics and others.

She designed the Immigration and Farmworkers class in 2000, which she said is partly about “mak[ing] visible what is invisible” and highlighting farmworkers’ presence and roles in their own communities. Students often remark they didn’t learn any of the immigration and labor history in other classes, Stephen said.

“Students don’t see themselves connected to the bodies and conditions of farmworkers, but when you start to look at where your food comes from, the energy that food brings that allows you to do everything comes from farmworkers,” Stephen said.

Behind the food:Farmworkers keep Oregonians fed, but struggle to put food on their own tables

The course begins by analyzing the history of settler colonialism and forced labor in the U.S., with a look at slavery and the displacement of Native people, among other topics. It delves into the history of the Bracero Program in Oregon and brings the course to the modern day by highlighting issues farmworkers face, such as sexual assault in the fields and health issues resulting from their work, all while connecting the topics to U.S. intervention in Latin America and its impacts on migration and labor markets.

Stephen said over the years, she’s added a greater emphasis on farmworker health issues and how they intersect with other aspects of workers' lives.

This year, she taught about the COVID-19 Farmworker Study, which she participated in. Farmworkers interviewed connected loss of wages, working conditions and experiences with structural barriers and lack of access to resources.

However, Stephen reminds students that while Latinos are the driving force behind Oregon agriculture, not all Latinos in Oregon have connections to agriculture, and they work in a diversity of industries.

Dig deep:Oregon farmworkers don't get overtime pay. Some want to change that

In a November class, the students focused on the more recent phenomenon of Guatemalans coming to Oregon for agricultural work, driven by climate change, violence and other factors, analyzing how violence impacts women differently.

Communities from within towns in Guatemala will often reconstitute themselves in Oregon, Stephen said. There are significant Guatemalan communities in Woodburn, Gresham and Cottage Grove.

Stephen tied today’s events and the more than 3,600 Guatemalan asylum cases waiting to be heard in Oregon to U.S. foreign policy ranging from Ronald Reagan’s support for Efraín Ríos Montt, a Guatemalan dictator convicted of genocide, to the Biden Administration’s preservation of certain Trump-era immigration policies.

'Never really thought about it'

For some students, the content is unsurprising yet still shocking.

Grace Curley is a freshman with an interest in climate justice and food justice. She said the course has prompted her to reflect on her role in Oregon's food systems.

“I have directly benefited from these really exploitative labor systems,” Curley said. “What power do I have as a consumer?"

It's also made her appreciate some new-to-her history of parts of the state she's known forever.

"Looking at all of these landmarks I’ve grown up with, like the Hood River area, looking at how in history, it was such an important area for farm work," Curley said.

Emiliano Campos, who is in an anthropology graduate program at the University of Maryland, took the course a few years ago and was surprised to learn about the amount of immigration history Oregon has, given that it’s nearly 75% white and has a deeply racist history. For example, laws in the 1800s banned Black people from living in the state.