Congress approved and President Joe Biden signed a continuing resolution (H.R. 6119) that will keep the federal government running and avert a shutdown through Feb. 18, 2022. 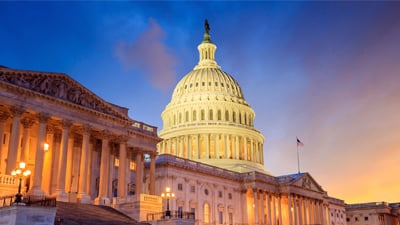 On Dec. 2, Congress approved and President Joe Biden signed a continuing resolution (H.R. 6119) that will keep the federal government running and avert a shutdown through Feb. 18, 2022.

While the stop-gap measure keeps the government from shutting down for the next 11 weeks, it does negatively impact funding processes and timelines. As reported in a recent POLITCO investigation, funding the government through continuing resolutions, instead of passing a new budget, delays funding for ongoing projects and research and halts funding for new initiatives. It also keeps federal agencies, including funding agencies that support research at the UO and other leading research institutions, from recruiting and hiring agency staff. Inside Higher Ed reported that because the appropriations process is delayed, it may be harder for federal agencies that fund university research, like the National Institutes of Health, the National Endowment for the Humanities and the National Science Foundation, to get money out the door to grant programs in a timely manner.

As reported in Inside Higher Ed, the US House Appropriations Committee approved its draft budget for higher education spending in July. The legislation provides $27.2 billion for federal student aid programs and another $3.43 billion for higher education programs. The bill would increase the maximum Pell Grant award by $400 for the 2022-23 academic year. Other appropriations bills contain funding increases for important federal research programs like the National Science Foundation, US Department of Energy, and US Geological Survey.

However, the US Senate has yet to make any substantial progress on its appropriations proposal since the committee released a draft in October. The upper chamber’s bill mirrors the priorities of the House’s version, though with slightly lower investments. Both versions align closely with President Biden’s budget request.

Some pundits fear that Congress will pass a year-long continuing resolution in lieu of completing work on its budget package.